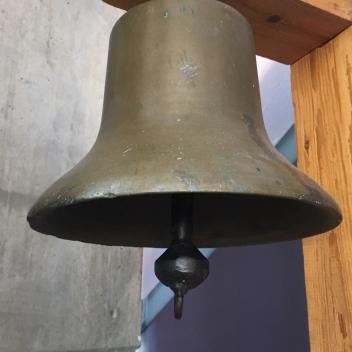 The bell was used for many years on an old locomotive from the Denver & Rio Grande Railroad. It is estimated the bell was made in the mid-1800s, but no official records are available to verify its exact age. Rio Grande Railroad officials stated that the bell made hundreds of trips through Utah in the late 1800s and early 1900s.

In 1955 the bell was acquired by Martha M. Engen as a gift from the railroad. She gave it her son Alf for use at his Alf Engen Ski School at Alta, Utah. For 24 years, the bell was used every day to toll the start of the morning and afternoon ski school sessions. It became a landmark at Alta; everyone listened for the bell to sound. When Alf Engen retired as the ski school director, it was deemed appropriate to also retire the bell in his honor. The bell rang for the last time in 1989, when Alta celebrated its 50th anniversary as a ski area. Alf gave the bell to his son, Alan, who commissioned a solid oak stand and brass plates identifying it as “The Engen Bell,” in honor of his dad and his grandmother, Martha.

In 1995, the old bell was selected as one of the “100 Treasures of Utah” and was put on display at the Utah Winter Sports Park as a featured attraction of the 1996 Utah Centennial celebration. The reasons for being named a Utah treasure are twofold: First, the bell holds historical value due to the time period in which it was used by the Rio Grande Railroad. Secondly, it is the only ski school bell ever used at Alta, and as far as can be determined, is the only bell used by any ski school in Utah’s history. The only other Intermountain Region ski school to use a bell for announcing the start of classes was at Sun Valley, in the late 1930s and early 1940s. 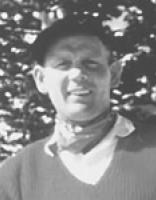 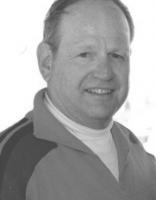